Ellen West (2019, libretto by Frank Bidart, commissioned and premiered by Opera Saratoga and Beth Morrison Projects for Prototype 2020) an opera based on a case study by a Dr. Ludwig Binswanger, about a woman in a Swiss hospital with an eating disorder, which The Wall Street Journal described as a “Riveting one-act opera,” and Opera News called “a fine haunting score by the chameleonic Ricky Ian Gordon.”

The House Without A Christmas Tree (2017, libretto by Royce Vavrek, commissioned and premiered by Houston Grand Opera) a holiday opera for young audiences that The Wall Street Journal describes as “a charming, family-friendly piece,” “Houston Grand Opera offers a charming, family-friendly piece, in an alternative performance space, that manages to be heartwarming without being sappy … Mr. Gordon’s score employs accessible, Coplandesque tonality, which has its apex in Addie’s arias … they capture a young girl’s imagination and optimism….The text is clearly set, and well crafted ensembles vary the texture as do bigger choruses.”– Wall Street Journal

“Not only does this opera have to find its place among the “Nutcrackers,” “Christmas Carols” and “Messiahs,” as a world premiere, it also has to bid for a permanent spot in the operatic canon. Gordon’s melodic, tonal score makes a strong bid for that spot, falling easily on the ears, often bringing to mind the late operas of Richard Strauss in its naturalistic setting of Vavrek’s dialogue to melodically compelling music. The pleasing score, congenial vocal demands and modest scale of “The House Without a Christmas Tree” give it a good shot at achieving staying power, attractive to professional opera companies of all sizes and to conservatories and universities. It was warmly received by the opening-night audience, some granting it a standing ovation.” – Houston Chronicle

The Grapes of Wrath (2017 two-act version commissioned and premiered by the Opera Theatre of St. Louis, consequently done in Detroit, and Aspen (summer 2020); “This is a great American opera to stand alongside earlier evocations of specifically American periods and subjects by George Gershwin, Carlisle Floyd, Robert Ward, John Adams and others.”- Chicago Tribune

A Coffin In Egypt (2014, libretto by Leonard Foglia, premiered by the Houston Grand Opera, The Wallis Annenberg Center for the Performing Arts, and Opera Philadelphia) a haunting tale of memory and murder, racism and recrimination; “A Coffin in Egypt” is a splendid opera of spite.”- Los Angeles Times

Rappahannock County (2011, libretto by Mark Campbell, commissioned by Virginia Arts Festival, Virginia Opera and University of Texas in Austin, premiered at the Harrison Opera House) inspired by diaries, letters, and personal accounts from the 1860s during The Civil War; “Rappahannock County” is a work of great economy, but immense emotional breadth — and depth.”– Opera Today

Sycamore Trees (2010, libretto by composer, Signature Theater, Helen Hayes Award) a musical about suburban secrets and family differences; “If “Sycamore Trees” were simply an autobiographical tribute to Gordon’s past, it would have limited force, but it’s aimed at the American dream itself, which gives it broader emotional resonance. With his ability to put old ideas about love, unity, and community into new post- modern musical settings, full of unconventional tunes and harmonies, Gordon ultimately achieves in “Sycamore Trees” a fresh and stimulating tribute to the thing he seems to cherish most: family — his, yours, everyone’s. ” – Washington Examiner; “Ricky Ian Gordon’s deeply personal, strikingly impressionistic new musical,”- Washington Post

The Grapes of Wrath (2007 and 2010, libretto by Michael Korie, 2007 premiere by the Minnesota Opera, Utah Opera, Alaska Opera, and Pittsburgh Opera, and in 2010 The American Symphony Orchestra and The Collegiate Chorale in New York’s Carnegie Hall, with Jane Fonda, narrating); “As far as I was concerned — and this is a minority opinion — the nearly four-hour opera was too short. Had Gordon and Korie been allowed to follow their original bliss and create a two-night or more American “Ring” cycle, I would have gladly returned for more.”- Los Angeles Times

“Gordon, who first made his name in the theatre and as a composer of Broadway-style songs, fills his score with beautifully turned genre pieces, often harking back to American popular music of the twenties and thirties: Gershwin-esque song-and-dance numbers, a few sweetly soaring love songs in the manner of Jerome Kern, banjo- twanging ballads, saxed-up jazz choruses, even a barbershop quartet. You couldn’t ask for a more comfortably appointed evening of vintage musical Americana. Yet, with a slyness worthy of Weill, Gordon wields his hummable tunes to critical effect…”- The New Yorker

Green Sneakers (2008, libretto by the composer, premiered by the Miami String Quartet and Jesse Blumberg at Bravo! Vail Valley Music Festival, Pittsburgh Opera, Hawaii Performing Arts Festival, Birmingham Opera and Lincoln Center, for the Great American Songbook Series) a theatrical song cycle for Baritone, String Quartet, and Empty Chair;
“Gordon Creates Masterpiece with “Green Sneakers”- Opera Today
“Green Sneakers” is a significant contribution to the culture sprung from the AIDS
crisis. In its forthright honesty and passion it could be compared to the film “Longtime Companion” (1990), which brought home the emergency with a similar immediacy and eloquence. It heals while it hurts.”- New York Times

Orpheus and Euridice (2005, for Lincoln Center’s Great Performances Series, Rose Theater, OBIE Award); “Both Gordon’s text and music are couched in an accessible idiom of disarming lyrical directness, a cleverly disguised faux naïveté that always resolves dissonant situations with grace and a sure sense of dramatic effect—the mark of a born theater composer.”- New York Magazine

My Life with Albertine with playwright Richard Nelson (2003, Playwrights Horizons, AT&T Award); “The music swirls with regret, romance, and a sense of lost time.”- The New York Times

Upcoming projects include the opera Intimate Apparel with Playwright, Lynn Nottage, commissioned by New York’s Metropolitan Opera and the Lincoln Center Theater premiering March 23rd, at The Lincoln Center Theater, Private Confessions with Playwright, Richard Nelson, commissioned by The Goodman Theater in Chicago, and an opera based on Giorgio Bassani’s novel, The Garden of the Finzi Continis with librettist Michael Korie, for New York City Opera and The Yiddish Theater.

Among his honors are an OBIE Award, the 2003 Alumni Merit Award for exceptional achievement and leadership from Carnegie-Mellon University, A Shen Family Foundation Award, the Stephen Sondheim Award, The Gilman and Gonzalez- Falla Theater Foundation Award, The Constance Klinsky Award, The National Endowment of the Arts, The American Music Center, and many awards from ASCAP, of which he is a member. Mr. Gordon’s works are published by Williamson Music, Carl Fischer Music, and Theodore Presser Company and available everywhere. His works are also widely recorded on various labels. 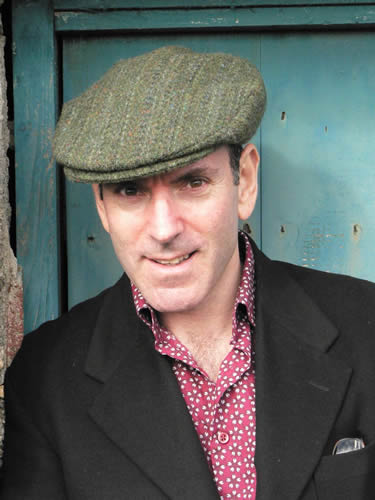 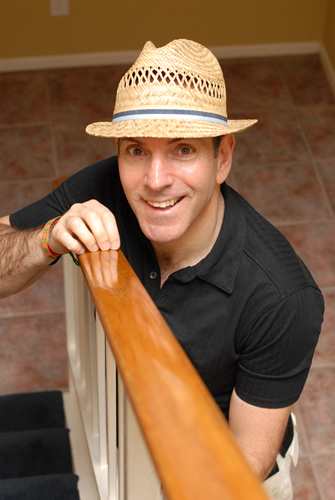