Ellen West, which arrives at Saratoga Opera this month, is inspired by the poem of the same name by Pulitzer Prize-winner Frank Bidart. The character of Ellen is based on a real-life American woman who was admitted as a patient to a Swiss sanatorium in January 1921. Ellen, who suffered from anorexia and bulimia, took her own life shortly after she left the sanatorium in March of the same year. Ellen’s story was the subject of a case study by her psychiatrist, Ludwig Binswanger, who published The Case of Ellen West: An Anthropological-Clinical Study in 1944. Binswanger’s work is one of the first published examinations of the issues of body image and death anxiety.

Bidart’s poem about Ellen is contained in his Book of the Body (1977) and juxtaposes fictional entries about Ellen – and her obsession with food and body image – with the clinical observations of Dr. Binswanger. Composer Ricky Ian Gordon has been fascinated with Bidart’s work for more than twenty years: Ellen West had a particular resonance for Gordon, who has battled various forms of addiction, including an eating disorder.

Gordon secured the rights to the poem, which serves as the basis for the opera’s libretto; Bidart has contributed additional original poetry, including a prologue. Gordon’s eight-minute opera about Ellen is intimate in scale, scored for string quartet with added bass and piano. 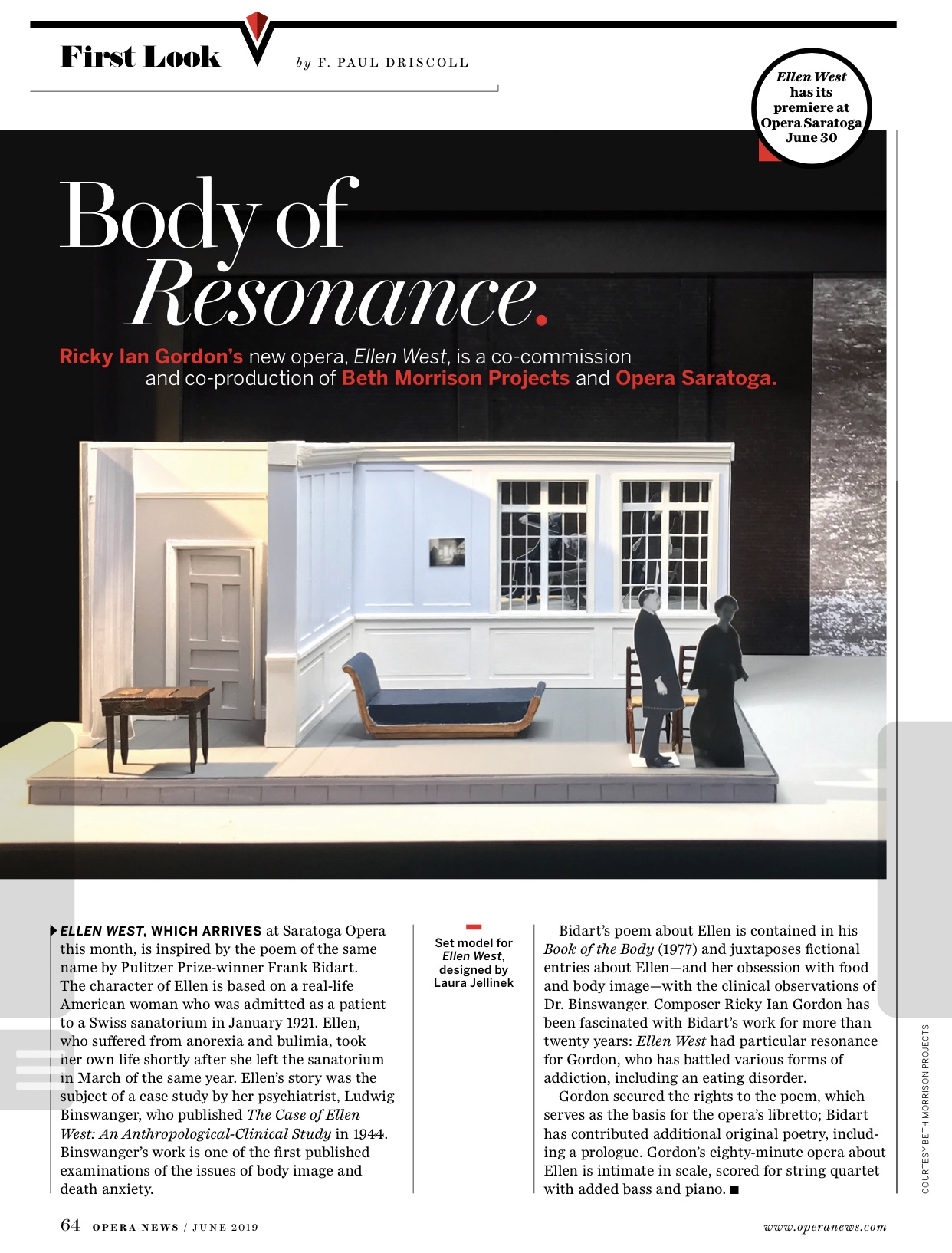