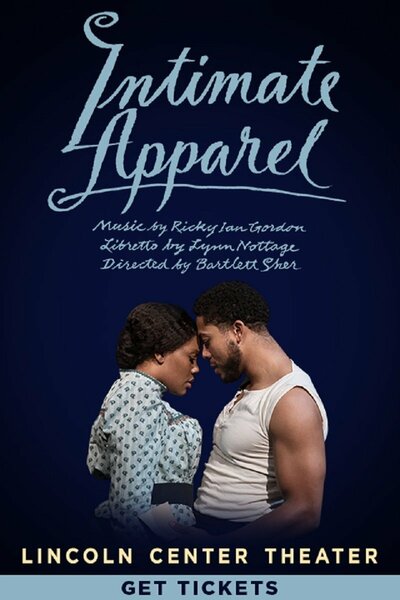 An opera in two acts

Duration: Approximately 2 hours and 30 minutes, with one intermission

Note: INTIMATE APPAREL, set in 1905 in turn of the century New York, tells the story of Esther, a lonely, single African-American woman who makes her living sewing beautiful corsets and ladies’ undergarments. There is warm affection between her and the Orthodox Jewish man who sells fabrics to her, but any relationship between them, even a touch, is completely forbidden. Seeking love and romance, Esther eventually embarks on a letter-writing relationship with a mysterious suitor laboring on the Panama Canal. When he moves to New York they embark on an unhappy marriage, leading Esther to realize that only her self-reliance and certainty of her own worth will see her through life’s challenges.