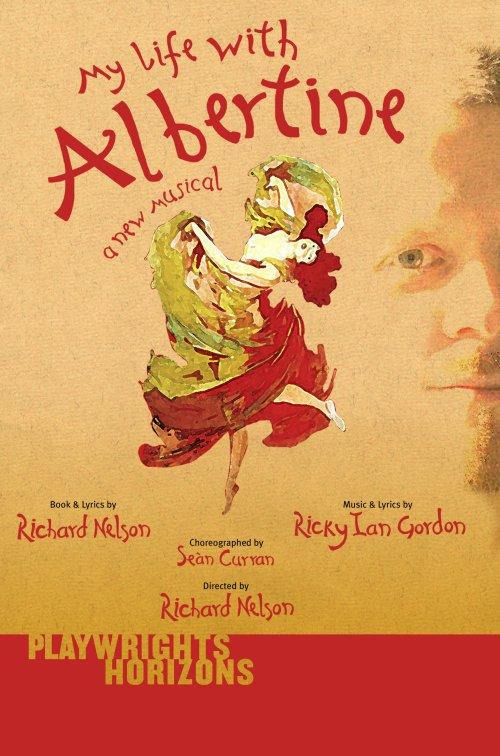 My Life with Albertine

Notes:
The musical focuses on Proust’s obsession with his red-haired mistress, Albertine. Departing from the typical ‘boy meets girl’ plot, it explores the darkness of jealousy. Young Marcel, the hero, irrationally believes that Albertine is having lesbian affairs while older Marcel (played by a different actor), reflects on this seminal period in his young life interacting with himself at 17. Simple lullabies and children’s songs reflecting Marcel’s childish character before his affair are juxtaposed with operatic dirges, capturing the tragic effect of his self-inflicted destruction of happiness. This fascinating play preserves both the essence and themes of Proust’s work. 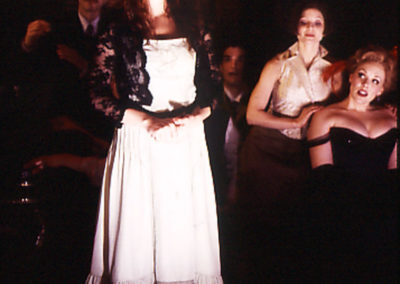 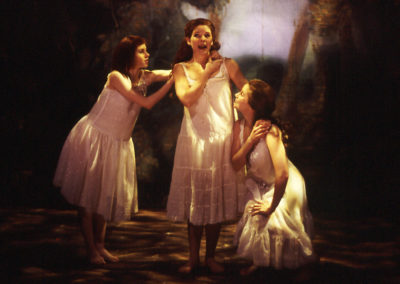 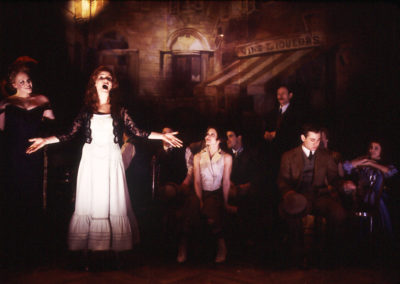 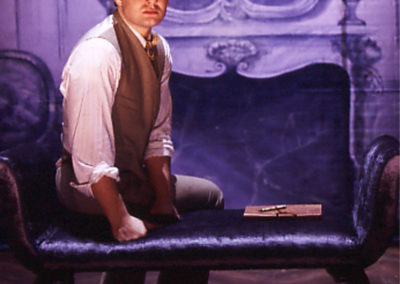 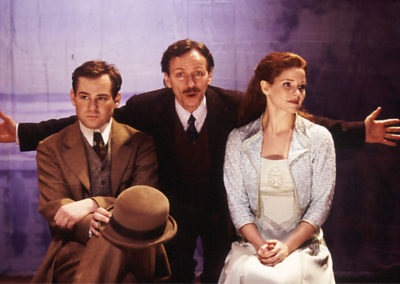 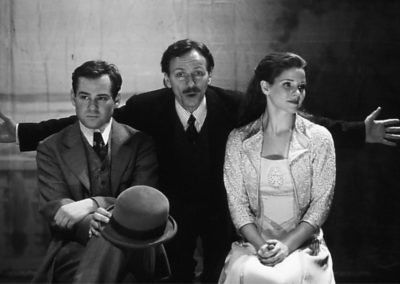 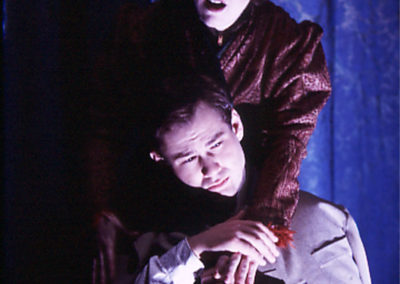 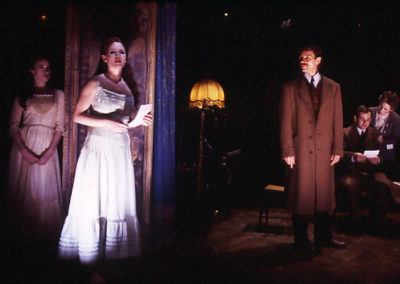 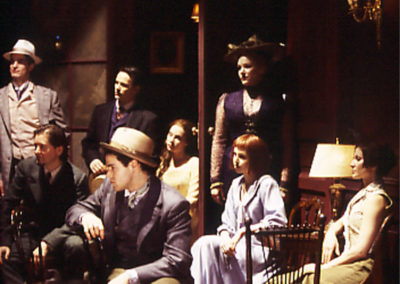 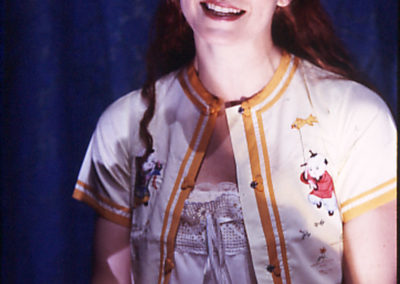 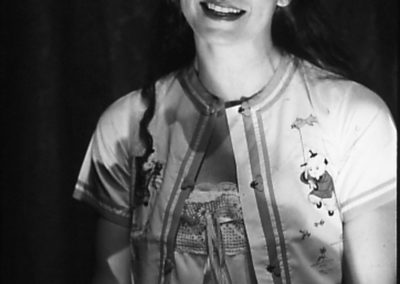 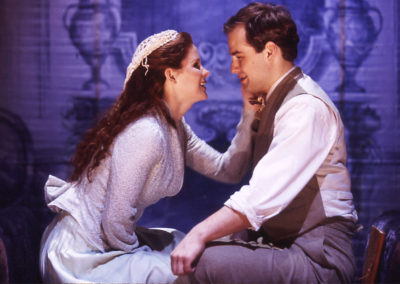 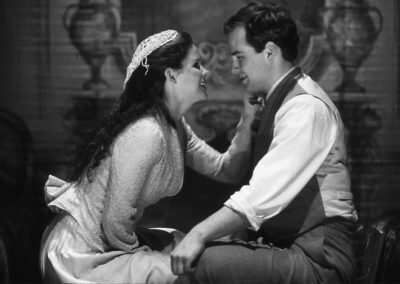 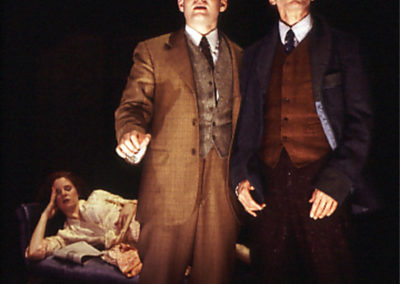 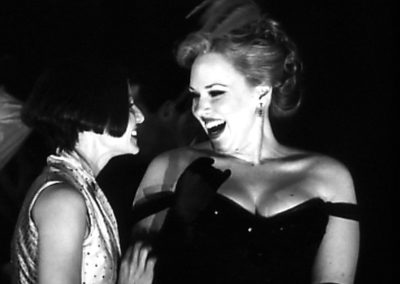 Gordon writes beautiful music. About a year ago the composer/lyricist’s life intersected again with CMU’s College of Fine Arts. The 1980 grad was there because his life had such significance that he received an alumnus award. Other theatre alums came too, Ted Danson and Rob Marshall.But you probably know Gordon’s name less. He’s got major credits, especially for vocal music, operas, operettas and song collections involving such artists as Renee Fleming, Dawn Upshaw and Audra McDonald. And he often gravitates to setting poetry.

Back in 2002 he wrote a musical featuring poetry by Langston Hughes, Only Heaven (likewise on ps classics.) It played way off-Broadway, Dayton, Ohio. Last year this show opened in New York’s actual off-Broadway but ran for less than a month. Thank goodness both scores can be heard by all of us. Each is worth the visit.

Again, as with Hughes, an eloquent word-artist is evoked. Marcel Proust. My Life with Albertine evokes his Albertine Disparue from 1925. Within the setting of Paris 1919, the score has the delicacy and grace you’d expect for the source, the period, the place. Impressions of Debussy, Satie and Poulenc waft through the gentle air. Fragrances of waltzes, polkas, schottisches come and go. So too do suggestions of Stephen Sondheim’s Sunday in the Park with George. Bien sur.

The 12 member cast includes Brent Carver, best known as multi-award winner for his role in Kander and Ebb’s Kiss of the Spider Woman. Actually the cast outnumbers the instrumental ensemble’s seven pieces. But the collective sound has the perfect, impeccable, discreet resonance that belongs with such a work.

Perhaps it was too fragile for sensation-seeking New York audiences. At home, if you listen by candlelight savoring wine and perhaps a madeleine, you’ll savor many degrees of taste.

– Gordon Spencer, Pittsburgh Magazine, August 2007
Exquisite. Gordon’s contemplative score often recalls salon music of the 1920s. Piano notes fall like teardrops. Throbbing cello and violin lines suggest quickening of breath. A sensual ‘Sometimes’ and a yearning ‘But What I Say’ are highlights among the 16 songs and extensive underscoring given dark, gleaming orchestration by Bruce Coughlin.
– Michael Sommers, The Star-Ledger

The melodies stick with you long afterwards…two unmistakable gems in ‘Talk About the Weather’ and Ms. O’Hara’s wistful finale, ‘If It Is True.’-
– Jeremy McCarter, The New York Sun
The music swirls with regret, romance, and a sense of lost time.
– Ben Brantley, The New York Times